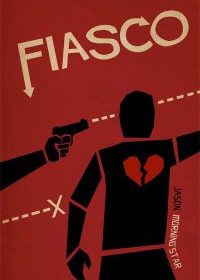 We started getting into the game pretty fast once we figured out the whole instructions dilemma. The setting we selected was the Wild West. Our four characters were Princess Consuela, Frunk Trump, Killary Hilton, and Lucy Kane. I played as Killary Hilton and I was to help Princess Consuela and Lucy Kane on their quest to assassinate Frunk Trump. We wanted to not only save the world but also inherit his fortune. It was honestly such a fun experience because our team members each had different ideas and ways in which we wanted to execute our master plan, and Frunk Trump, played by Daniel, was actually okay with the outcome. There were some points in which he suggested a less brutal way of doing so. Unlike other games, Fiasco players do not really care for their outcome. I can see there is still some friendly competition in the game, but nothing like typical board games. We still want the best outcome for our player yet we did not really put much effort in doing so as we do trying to make a creative and fun story that everyone agrees with.

The plot was definitely a group effort. In terms of relationships, Lucy Kane and Princess Consuela are Chinese Opium dealers/addicts, Consuela and Trump were former crime partners, Trump and Hinton were once reformed criminals that hate each other, and Hinton and Kane are cousins. Princess Consuela’s lover is Frunk Trump. Even though she loves him deeply, his fortune and power is worth more to her, so she ultimately deviates a plan with Kane and Hilton to assassinate him. Frunk Trump is the mayor of this town because he killed the old mayor with a set of colt revolvers. When Trump was at the dentist office trying to fix his cavities, Lucy Kane was selling Opium to the dentist and his patients, which makes the dentist high on opium and allows the Trump assassination team to commence with the plan. Princess Consuela recognizes his partner’s million dollar gold colt revolvers and she kills him with it. I served as the lookout as Consuela and Kane stuffed his enormous body in a sack and put him in the truck’s trunk. When the sheriff was on his way to pick up Frunk Trump, we were already nowhere to be found. Daniel was not that angry that his character died halfway through the plot, yet he still contributed and had some say in how it will play out.

During the car ride, my team gets into an argument about who will keep the money from the colt selling. We could not keep him for ransom because the people hated him anyways and would not pay money to get him back. Princess Consuela wanted the colt to herself so she smacked Lucy Kane in the head. Hilton grabbed the colt revolver and questioned why she did that. In the end, we leave Kane passed out in the middle of nowhere and Consuela ends up dropping the gold revolver in quicksand. We also had sympathy on Frunk Trump and decided that he didn’t die because the bullet only went through his nose.

This game allowed us to develop our own setting, characters, plot and relationships. I thought that his game was very different from any book or video game learning experience I’ve ever had. I learned that allowing people to contribute their ideas in this scene only made the game more interesting and intriguing. Our plot turned out so much better than I expected, and I could not have imagined a better way to unravel the story. My group and I were beyond confused when we started the game, yet we ended up really enjoying our experience. In the end, even when some of our outcomes were better than others, we felt that we all won in some sense because our objective wasn’t keeping our character alive and happy. Instead, we wanted to effectively create a story that we could be proud of.