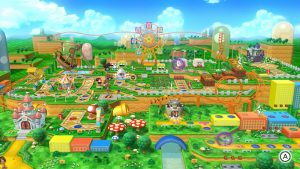 After completing the first podcast, Jasmine and I had a better idea of what to do with the second podcast. We realized that our second podcast on the popular game Mario Party needed more depth in terms of our content because we primarily focused on telling about the game in the first one rather than the purpose of the game. Our one-on-one with Professor Morgan helped us wrinkle out the small details we needed to work on and also some of the things that we did well. One of the things that we kept in the second podcast was the interesting intro that served as our hook. We acted out a small scenario about a friendly rivalry and perplexing question at hand: How did Jasmine win the entire game by losing the most games? We then slowly delved into the analysis.

We introduced the game at first from an objective standpoint. Then we flooded the podcast with subjectivity in terms of the purpose of the game. We talked briefly about how Mario Party is a fun game that has a series of short mini games to give people a small sense of accomplishment, thus giving them an incentive to play more. We then touched on how Mario Party brings people together and provides them with something to talk about to break the ice and also the realistic aspect of the game. We found the importance of tying the game to real world concepts. We talked about how there are always people with an unfair advantage who will beat you simply because of luck or just the advantages they grew up with. Unlike most games, you can’t really predict the outcome of the game because people get points for improvement and even completely losing. People would feel stressed when anticipating the next minigame outcome and just hope that they rank above their friends.

In terms of editing, we used Audacity and found it easier to the second time around. However, it was still a complex process trying to piece together which music clip or song goes best with the message we were trying to convey in our podcast. We used a script throughout the podcast and tried our best to make it sound as candid as we possibly can. I think we improved the structure of the podcast as well because we introduced the game at first and dove into the critical thinking aspect after we gave the audience a firm understanding of what the game is and its objectives. I am glad that we received the chance to do a second podcast because this overall process was very enlightening and gave us a firm idea of how to convey a message without the use of an essay.